This way I unbind myself from any need to be correct or accuarate about my ideas in regards to it being that of a human being. My goal is not to document all possible mechanisms or the best architecture but to simply explore and experiment in this space.

Which architecture do I want to implement?

I want to discover and implement an architecture that allows 💡 Developmental Training. In other words, one that allows a being to grow into different stages of maturity, similar to that of humans or other similarly intelligent animals like chimps and crows. For example, there is a stage where we learn to learn as kids as explored in 💡 Meta Learning.

To keep this work more manageable I created a document type for 📝 Cognitive Mechanisms where each mechanism uses the 🧩 icon. The idea is that eventually these mechanisms could be utilized as modules in a 🧰 Mind Prototyping Tool where one can tweak and tune each module to produce an architecture for their specific needs.

A lot of reasoning behind theories of mind is based on the assumption that thinking is inherited by our human genes. I believe that thinking as we know it (using language) is actually an invention as proposed by Daniel Everett. Following this idea I think that most of what we consider innate of humans is probably also just inventions. This assumption clarifies how we need to prepare a Cognitive Architecture.

Here's an image on how a human architecture might work based on Joscha Bach's presentation on Attention: 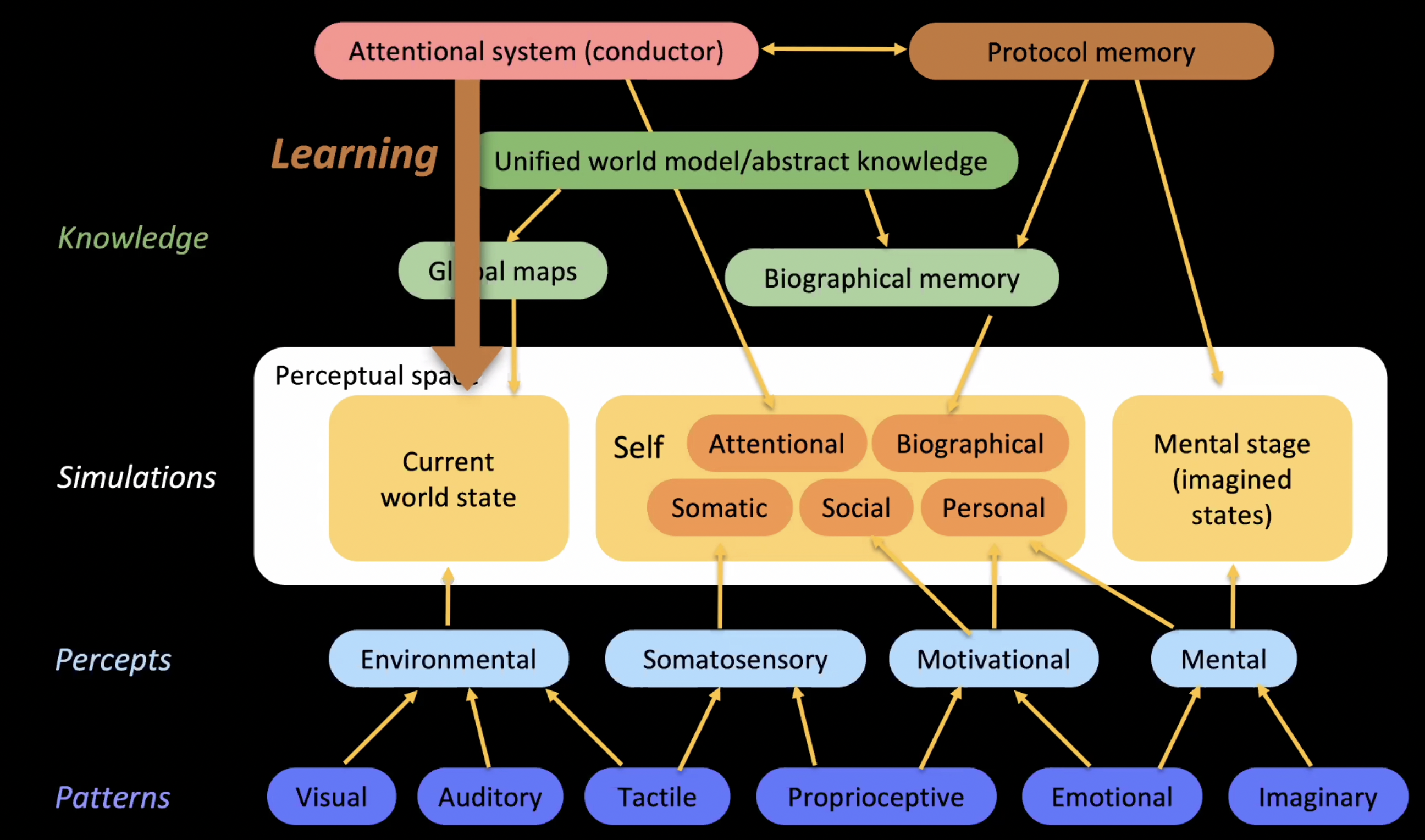